I was eager to watch the new independent horror comedy, Beast Mode, once I learned C. Thomas Howell (The Hitcher, Soul Man) was the star. I followed his career since the 80’s and fell in love with S.E. Hinton books thanks to his performance alongside some of the most recognizable 80’s heartthrobs in The Outsiders.

While it is painfully obvious that the decade of Small Wonder and Silver Spoons are long gone, Beast Mode manages to capture the essence of a ridiculous comedy thriller.

Howell plays washed up film producer, Breen Nash, who is desperately attempting to save his career with a crappy horror film called Beast Moon, starring the obnoxious and spoiled actor named Huckle Saxton played by James Duval, who you might recognize as Frank from Donnie Darko.

Nash accidentally backs over the star of his motion picture with his car and brings him back into his office for a quick Weekend at Bernie’s trope with James Hong in his only scene in the movie. Then, Nash’s assistant Muffy (Carrie Finklea) convinces him to get a double, much like in the movie Dave (1993) where the president is in a coma and they use a double, or even in Bowfinger (1999) where Eddie Murphy plays two roles, one a famous actor and the other his goofy brother whom they use as a substitute for the “real” actor in their fictional film.  Watch the trailer below:

James Duval also plays the doppelganger whom they use to finish the film. Unfortunately their fake Huckle has some pretty noticeable acne scars and Nash is forced to buy some magic face cream from a sketchy dude in an alley. The cream is supposed to fix any imperfections, BUT it will reveal who you are on the inside, kind of like how Shallow Hal (2001) can only see people’s true beauty (or ugliness in some cases).

If you have a pure heart, the cream will fix your imperfections, but if you are inherently evil, the cream will turn you into a murderous monster at the stroke of midnight. Luckily the man they chose to sub in for the real Huckle has a pure heart and his acne scars disappear. Other people sample the face cream, which is weird, because it’s in a funky clay pot and looks like mud. Personally,

I’ve never wandered into other peoples’ spaces and immediately put a weird mud, from a strange looking earthenware pot onto my face, but whatever, one character not only puts it on his face, but also smears it all over his crotch. He, of course turns into a monster, slaughters people, and then is murdered by a slayer of some kind whom we never see again for the rest of the film. 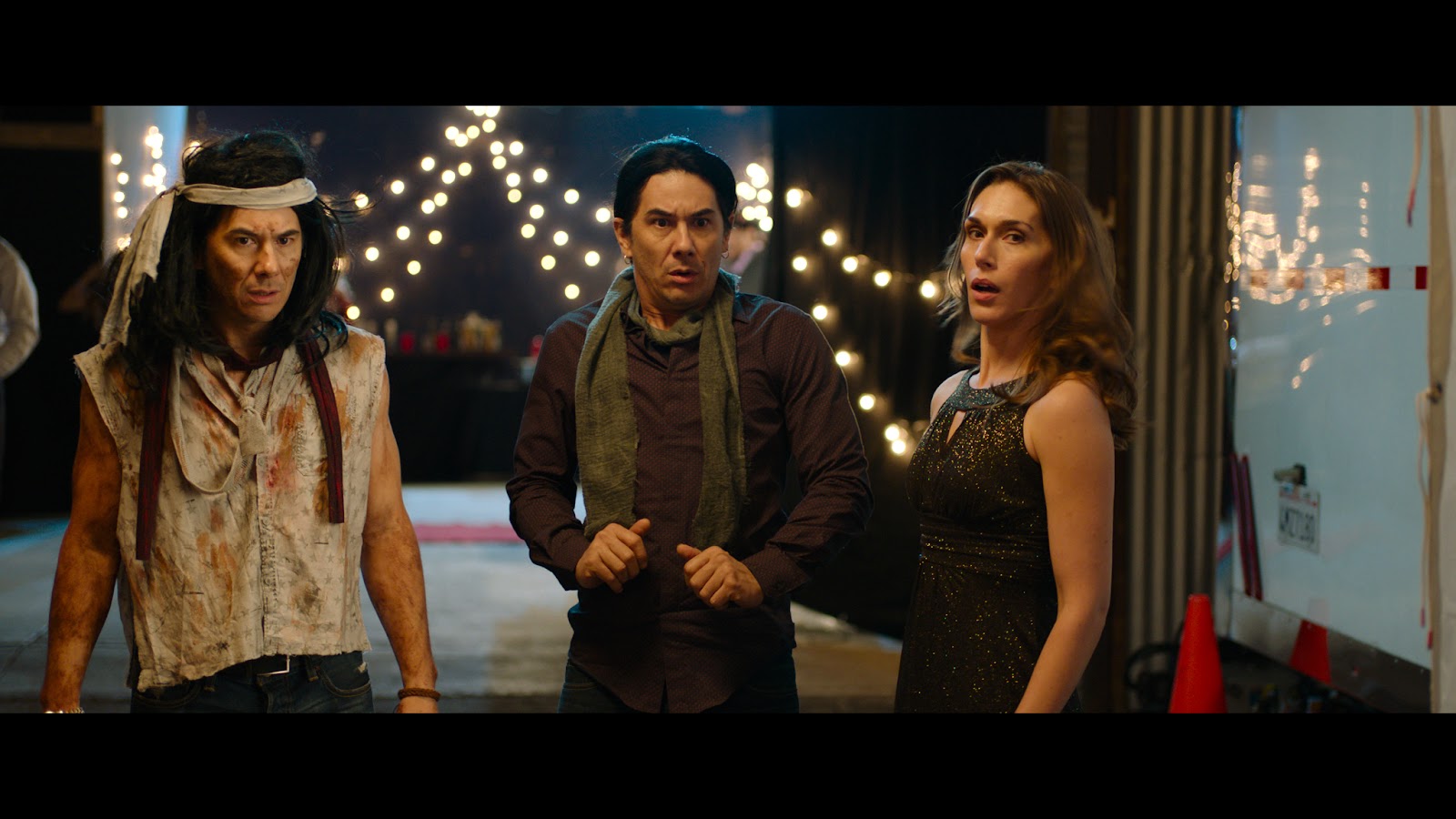 Unfortunately, fame gets to his head and fake Huckle also transforms into a monster and strangles one makeup artist with the other makeup artist’s intestines. In the meantime, real Huckle isn’t actually dead, wakes up in a storage unit, and escapes. The two face off behind the scenes at the official wrap party for the fictional film “Beast Moon”. 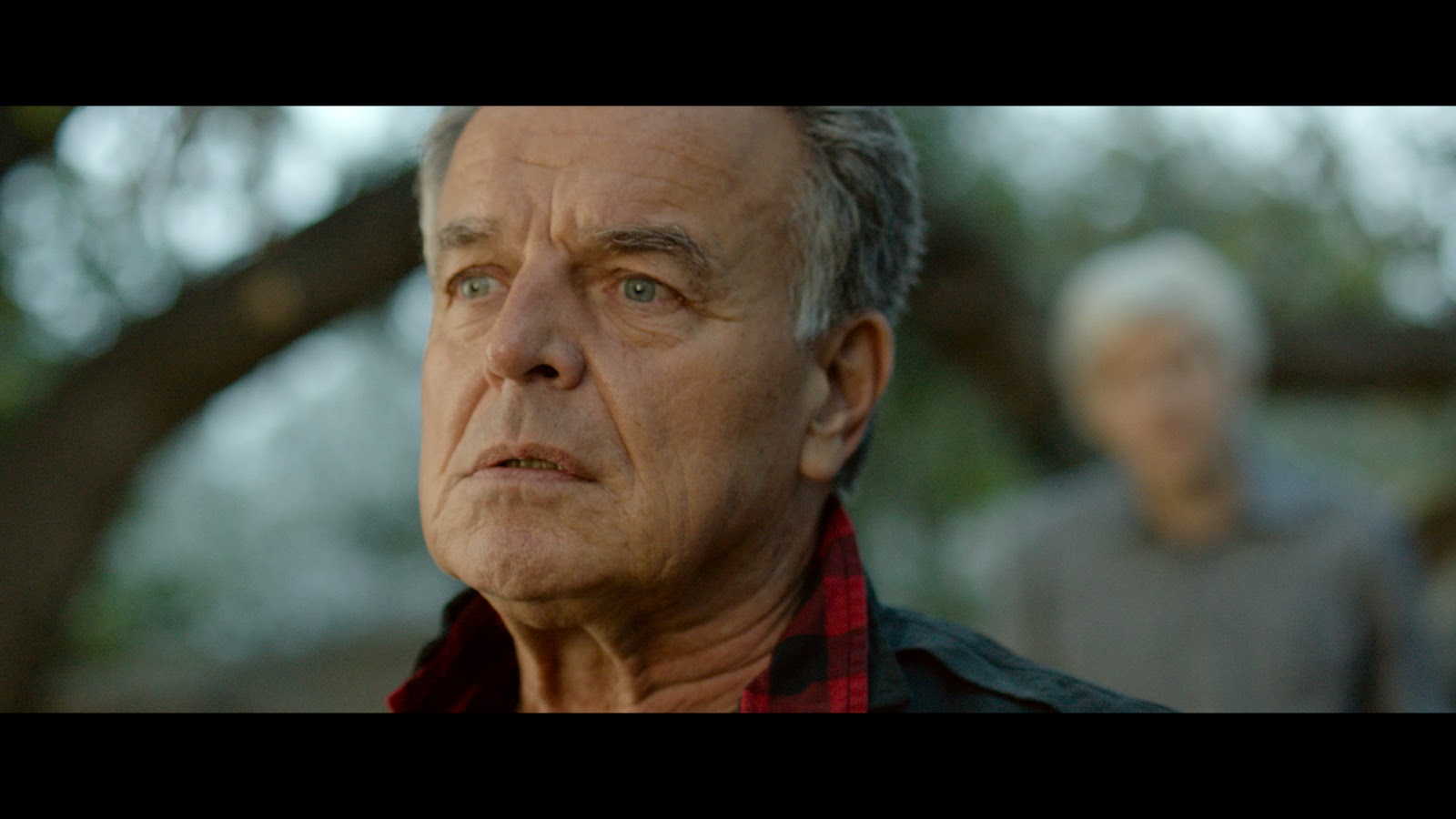 As much as I enjoyed Ray Wise’s performance as Trammel Steadfast, who held the key to counteract the magic face cream, the film struggles to find ways to incorporate the recognizable cast members into the story line.

Overall, I can’t say it was horrible because I laughed a lot and while the performances were a bit over the top, they are consistent with the sitcom-like direction we endured throughout the 80’s and early 90’s. This mermaid gives Beast Mode 2/5 sea stars. 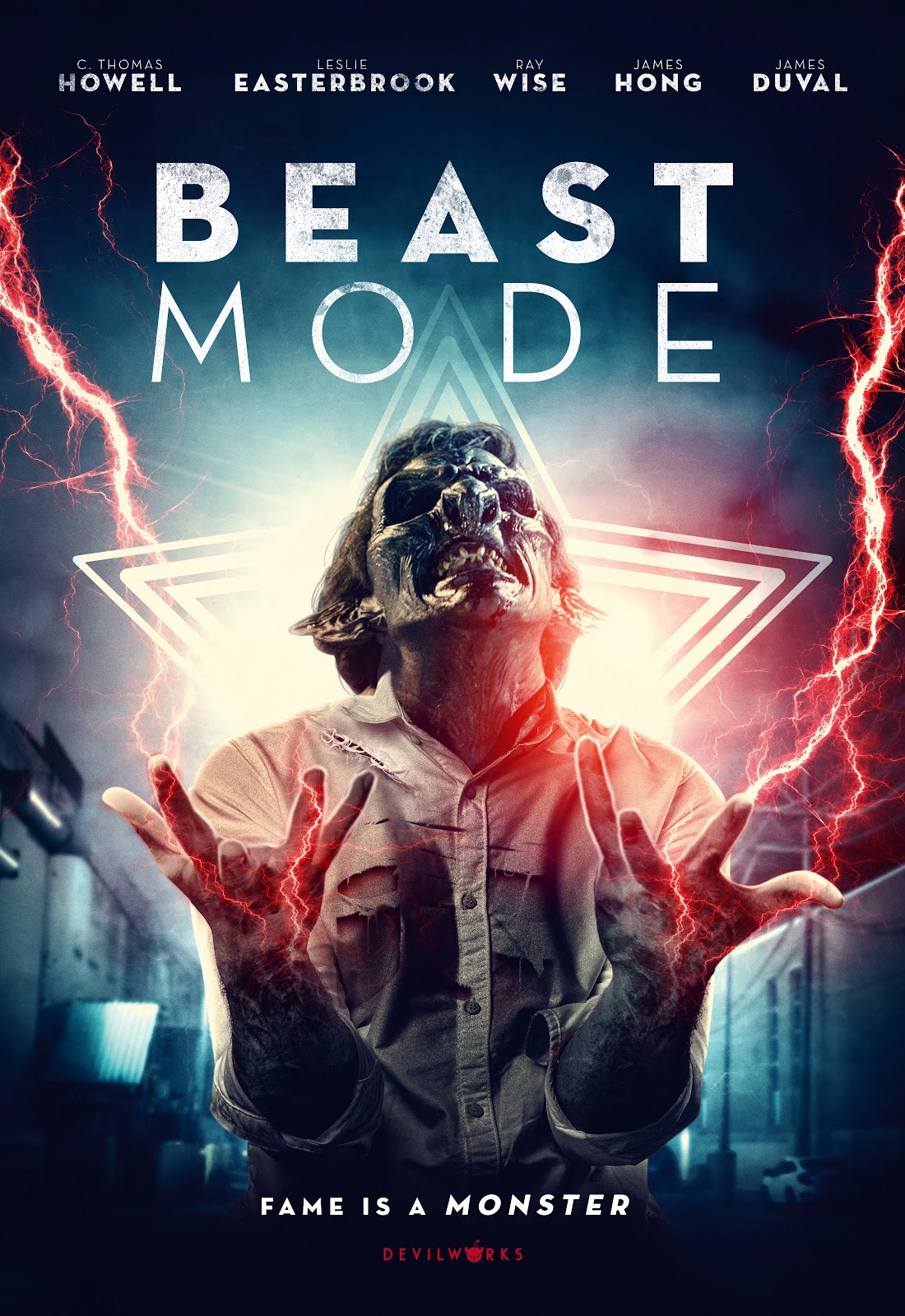 SUBSCRIBE: Sign up for our FREE e-lert here.  Stay on top of the latest national advertising, film, TV, entertainment and production news!

Beast Mode will be released digitally in North America by Devilworks Pictures on December 1, 2020.

Joia DaVida is a Jersey girl and mermaid at heart taking in all things Geek in California.