Merry Xmas and Happy Hanukkah… early. On Thursday December 10, 2020 Disney hosted their Investor Day Webcast and Reel 360 was there to hear about all the amazing projects they have in the works across their multiple platforms. Marvel Studios Shared their plans for the expansion and future of the Marvel Cinematic Universe, sharing upcoming content for both Disney+ and theaters including the  addition of these new Marvel series and movies to their already established catalogue on Disney+.

Kevin Feige, president, Marvel Studios, and chief creative officer, Marvel, announced that WandaVision, Marvel Studios’ first series that continues to expand the MCU will definitely be joining Disney+ on January 15, 2021. The series has Elizabeth Olsen and Paul Bettany returning to their roles as Wanda and Vision, respectively.

Also joining the series are Kat Dennings, who reprises her role as Darcy Lewis from Marvel Studios’ Thor and Thor: The Dark World; Randall Park, who reprises his role as Agent Jimmy Woo from Ant-Man and The Wasp; and newcomers Kathryn Hahn, who plays their plucky neighbor, and Teyonah Parris, who plays the adult Monica Rambeau, who was introduced in Captain Marvel.

The series is directed by Matt Shakman with Jac Shaeffer serving as head writer.  Watch the trailer below:

The all-new series is directed by Kari Skogland; Malcolm Spellman is the head writer. This six-episode series will be streaming exclusively on Disney+ beginning March 19, 2021. Watch the trailer below:

Dr Strange in the Multiverse of Madness: Currently in production, the Sam Raimi-directed sequel stars returning cast Benedict Cumberbatch  as Doctor Strange, Benedict Wong  as Wong, Rachel McAdams as Christine Palmer, and Chiwetel Ejiofor as Mordo, as well as the addition of Elizabeth Olsen who plays Wanda Maximoff and newcomer Xochitl Gomez who will portray America Chavez, a new fan-favorite from the comics.

The Marvel Studios adventure, set to debut in theaters March 25, 2022, will connect the events of next month’s WandaVision, the original new series debuting on Disney+, and the upcoming Spider-Man film.

Black Widow: Natasha Romanoff (Scarlett Johansson) aka Black Widow confronts the darker parts of her ledger when a dangerous conspiracy with ties to her past arises. Pursued by a force that will stop at nothing to bring her down, Natasha must deal with her history as a spy and the broken relationships left in her wake long before she became an Avenger. Black Widow is set to debut in theaters May 7, 2021

Loki: The mercurial villain Loki (Tom Hiddleston) resumes his role as the God of Mischief in a new series that takes place after the events of Avengers: Endgame. Kate Herron directs and Michael Waldron is head writer. Loki debuts exclusively on Disney+ in May 2021.

WHAT IF…?: “Space. Time. Reality. It’s more than a linear path.” WHAT IF…?, an original animated series from Marvel Studios, is coming Summer 2021 exclusively on Disney+.

Additionally, Fala Chen, Meng’er Zhang, Florian Munteanu and Ronny Chieng appear in the upcoming movie, which is directed by Destin Daniel Cretton. Shang-Chi and The Legend of The Ten Rings opens July 9, 2021.

Eternals: Marvel Studios’ Eternals features an exciting new team of SuperHeroes in the Marvel Cinematic Universe, ancient aliens who have been living on Earth in secret for thousands of years. Following the events of Avengers: Endgame, an unexpected tragedy forces them out of the shadows to reunite against mankind’s most ancient enemy, the Deviants.

Marvel Studios’ Hawkeye, helmed by Rhys Thomas and directing duo Bert and Bertie, is set to premiere on Disney+ in late 2021.

She-Hulk: Tatiana Maslany stars as Jennifer Walters, aka, She-Hulk, a lawyer who specializes in this specific kind of legal case. Additionally, the show will welcome a bevy of different Marvel characters to the series, including the Hulk, once again played by Mark Ruffalo, along with the Abomination, with Tim Roth returning to the role.

She-Hulk is directed by Kat Coiro and Anu Valia, with Jessica Gao serving as head writer. Unfortunately, no release date was mentioned for this exclusive Disney+ series.

Moon Knight: The Marvel Studios original series for Disney+ centers on the character Marc Spector aka Moon Knight, a complex vigilante who suffers from dissociative identity disorder. These multiple identities who live inside him are distinct characters in the series and will appear against a backdrop of Egyptian iconography.

The action-adventure Marvel Studios’ Moon Knight series, created for Disney+, is directed by Mohamed Diab. Unfortunately, no release date was mentioned for this exclusive Disney+ series.

Secret Invasion:  Nick Fury and Talos are back! Secret Invasion, a new series coming to Disney+, has Samuel L. Jackson and Ben Mendelsohn reprising their roles as the former S.H.I.E.L.D. director and Skrull, respectively.

The crossover comic event series showcases a faction of shapeshifting Skrulls who have been infiltrating Earth for years. Unfortunately, no release date was mentioned for this exclusive Disney+ series.

Armor Wars: What happens if Tony Stark’s tech falls into the wrong hands? Find out in the newly announced series, Marvel Studios’ Armor Wars, coming to Disney+. Don Cheadle returns to the role as James Rhodes aka War Machine, who must face these tech consequences in this classic Marvel story. No release date was mentioned for this exclusive Disney+ series.

Blade: While Kevin Feige announced Blade is in pre-production, the film is shrouded with mystery at this time. The only information available is that Mahershala Ali has been cast as Blade and John West Jr. has the role as DEE. I’m sure we are all anxious to see more information on this project as it becomes available. 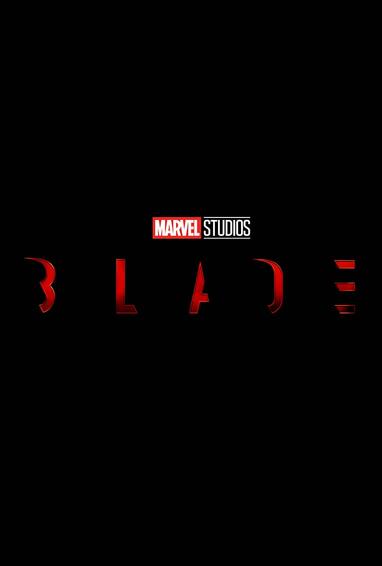 Before Star-Lord, Gamora, Drax, Rocket, and Groot hit the big screen with the next Guardians of the Galaxy film in 2023, watch the Guardians engage in some spirited shenanigans in an all-new original special, created for Disney+, during the 2022 holiday season.

I Am Groot will feature the seedling, along with several new and unusual characters joining Groot in a series of shorts.

Thor Love and Thunder: Chris Hemsworth as Thor, Natalie Portman as Jane Foster, and Tessa Thompson as Valkyrie  are returning to their roles and they will be joined by Christian Bale, who will portray the villain Gorr the God Butcher.

The fourth film in the Thor franchise, Waititi previously revealed, for the first time, a female Thor,” confirming that Jane Foster, played by Portman, will become the Mighty Thor, Goddess of Thunder.

Antman and the Wasp: Quantumania: Kathryn Newton joins the cast of Ant-Man and The Wasp: Quantumania as Cassie Lang, the daughter of Scott Lang. Paul Rudd reprises his role as Ant-Man, alongside Evangeline Lilly as Hope van Dyne/Wasp. Joining them are returning cast members Michael Douglas as Dr. Hank Pym, and Michelle Pfeiffer as Janet Van Dyne — aka, Hope’s parents.

ALSO READ: WB will launch every 2021 film on HBO Max

Black Panther 2: Marvel Studios’ Black Panther 2 will continue to honor the legacy of Chadwick Boseman and his portrayal of King T’Challa, and will NOT recast the character. The sequel will continue to explore the incomparable world of Wakanda and all of the rich and varied characters introduced in the first film. Written and directed by Ryan Coogler, who was behind Black Panther, the film will be released on July 8, 2022.

Fantastic 4: Closing out The Walt Disney Company’s Investor Day presentation, Kevin Feige, revealed the studio will bring one of Marvel’s most iconic families to the big screen with the release of Marvel Studios’ Fantastic Four. Spider-Man veteran Jon Watts is on board to direct.

Kevin Feige, president, Marvel Studios, and chief creative officer, Marvel genuinely seemed excited to share these projects on Disney’s Investor Day’s webcast and we are absolutely thrilled to share them with you!

Subscribe: Sign up for our FREE e-lert here.  Stay on top of the latest advertising, film, TV, entertainment and production news!

Joia DaVida is a Jersey girl and mermaid at heart taking in all things Geek in California.