Marvel Studios and Disney+ just shared the trailer and poster for the upcoming series, Ms. Marvel, which will launch exclusively on Disney+ on June 8.

We are finally getting a first look at the MCU’s newest Super Hero as she tries to balance high-school life, her family and her emerging superpowers.

Ms. Marvel is a new, original series that introduces Kamala Khan (Iman Vellani), a Muslim American teenager growing up in Jersey City. An avid gamer and a voracious fan-fiction scribe, Kamala is a Super Hero mega-fan with an oversized imagination—particularly when it comes to Captain Marvel.

Yet Kamala feels like she doesn’t fit in at school and sometimes even at home—that is, until she gets superpowers like the heroes she’s always looked up to.

In the trailer, we are shown Kamala speaking to her guidance counselor as she thinks back about how the “cool girl” mocks her for her love of the Avengers and that she pines for Kamran (Rish Shah), who appears shirtless as he mentions to her that she’s standing on his shirt.

While she fantasizes about being a superhero like Carol Danvers/Captain Marvel, prom queen, and the object of Kamran’s affection, her guidance counselor, Mr. Wilson snaps her back to reality and back to the conversation about her future.

Then we are shown how she is living in two different worlds at the same time, one as a devout daughter of a Muslim family, and the other, an aspiring superhero. Somehow she gains access to “magic” bracelets which give her extraordinary powers, making her dreams come true, yet somehow she has to learn to balance her newfound abilities with her real life.

And there’s a poster: 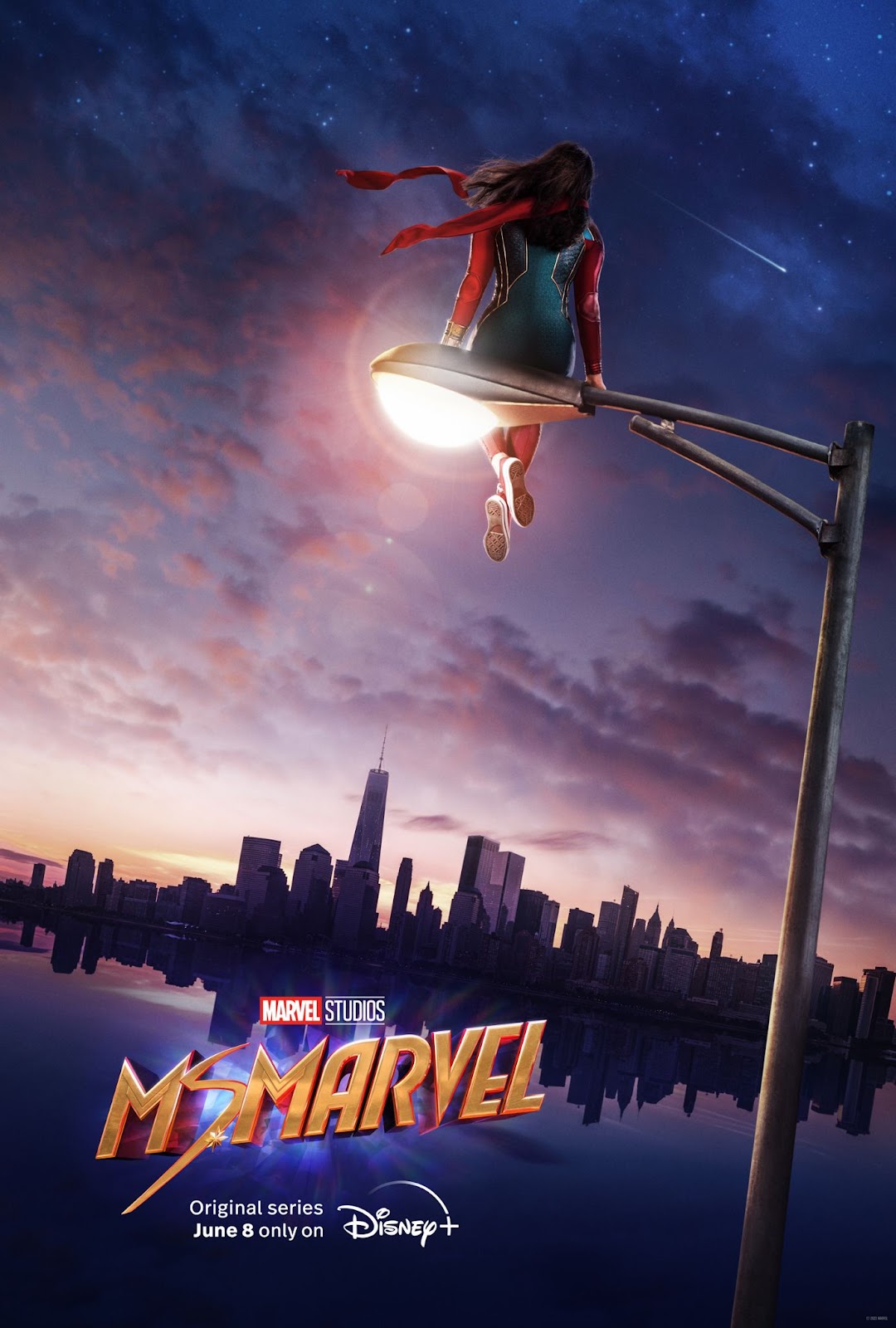 The future is in her hands.